The history of the exhibition activities of the Rechitsa Museum of Local Studies began in 1990, when the city began to regularly host exhibitions of painting, graphics and decorative and applied arts. At the same time, the museum introduced such a form of work as auctions, which were an excellent means of promoting the work of local artists. Exhibition projects were held in the hall of the permanent exposition of the department of the pre-revolutionary period.

In December 1998, through the efforts of the museum staff and with the support of the Rechitsa City Executive Committee, an exhibition hall of the Rechitsa Museum of Local Lore was opened on 30 Sovetskaya Str. (now the Centre of Crafts). It was a significant event in the cultural life of our city. The first exhibition project was an exhibition from the museum funds, dedicated to the 75th anniversary of the birth of famous artist Leonid Pavlovich Abramovich.

In September 2007, in order to expand exhibition activities and popularize the art collection of the museum, the Rechitsa Regional Executive Committee decided to open an art gallery, which is located in the historical part of the city in a restored building — an architectural monument of the late 19th — early 20th century. The building is included in the list of historical and cultural values ​​of the Republic of Belarus

In 2015, the art gallery was named after our famous countryman Aleksandr Anatolyevich Isachev. There are two exhibition halls in the building of the art gallery. One of them presents a permanent exposition of original paintings and drawings by Aleksandr Isachev from the funds of the Rechitsa Museum of Local Studies. This collection is the only state collection of works in the Republic of Belarus.

The second hall hosts interchangeable exhibitions of paintings, decorative and applied arts from the funds of the museum and private collections. Over 120 projects have been implemented in the art gallery during its work. The most significant among them were the exhibitions: paintings by the People's Artist of the USSR M.A. Savitsky "Numbers on the Heart" from the funds of the Belarusian State Museum of the History of the Great Patriotic War (Minsk); watercolor works by M. Egorova "Flowers of Life" from the funds of the Gomel Palace and Park Ensemble; painting and graphics by A. Krivichanina "Window on the World" (St. Petersburg); works by Y. Isachev, V. Pochitsky, V. Lukin and V. Minko "Forgotten Gods" from the private collection of D. Mashkovich (Minsk); photographs of "Belarusian Land" by S. Ivanov (Gomel), a member of the NGO "Belarusian Society of the Deaf"; exhibition "Dnipro Ferry" based on the results of the International Art Plein Air in the museums of the Gomel and Chernihiv regions.

In 2007, 2010 and 2015, anniversary exhibitions of paintings and graphic works by Alexander Isachev from private collections and the fund of the Rechitsa Museum of Local Studies were held.

Joint and personal exhibitions of Rechitsa artists: Vladimir Gursky (Tuteishy), Maxim Pozharitsky, Dmitry Atamanchuk, Vadim Strelchenya, Anatoly Shchegolev, Tatyana Kuletskaya, Svetlana Sokolova-Falkovskaya and other artists enjoy success. More than 10 exhibition projects were held jointly with Yevgeny Eduardovich Shetikhin, the last of which became a reflection of his creative activity at the Embassy of the Republic of Belarus in the People's Republic of China.

Today, the museum staff is in constant search for new interesting ideas and projects, and is set up for dialogue and creative cooperation with everyone who, together with us, will contribute to their successful implementation. 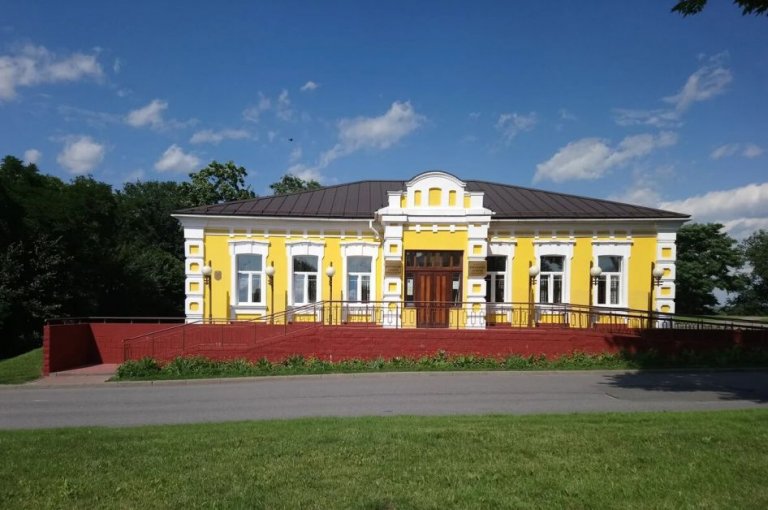 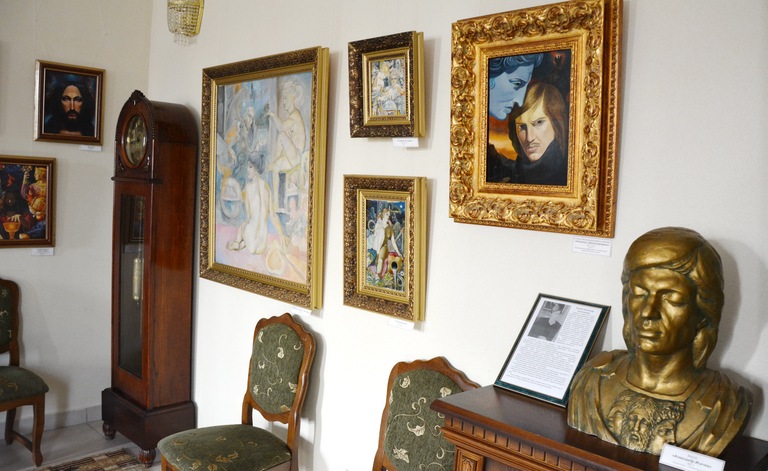 You can manage this site